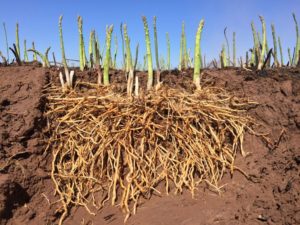 Asparagus has a root system that is constantly increasing, being this highly developed and the same that is in charge of fixing, absorption of water and nutrients, storage and circulation (Sánchez and Sánchez, 2009).

They present two types of roots: some fleshy and thick and other fibrous that are thin and short (Ciren Corfo, 1987). They grow horizontally in the first 0.5 m from the ground; From these are born the rootlets or absorbent hairs, thinner and whose function is to absorb water and nutrients, they increase especially during the vegetative stage and decrease in the reproductive stage, to be almost nil in the resting season. The roots are found deeper than the fleshy roots so they can reach a greater development (Núñez, et al. 2008).

The fleshy roots last for several years, whereas the fibrous ones are renewed annually. The fleshy roots have the function of accumulating reserves (carbohydrates, proteins and minerals) that will then give rise to the development of the stems (shoots) until they emerge to the surface of the soil (Serrano, 2003). The set of fibrous, cylindrical roots and initial buds, form an irregular structure, which extend as the plant reaches an older age, this structure is known as the crown.

The crown is a rhizome formed by the buds and roots. This structure is used as one of the methods for the commercial propagation of the species. The crown gradually grows horizontally; which is formed by several groups of buds that will give rise to tender shoots called shoots, which are the edible and commercial part of this product. The group development of the latter will be sustained during harvest, due to their apical preponderance.

As the shoots or stems of asparagus (organ of consumption of this species) are formed under the ground, it is advisable to use soil with a light texture. It is necessary that the roots of the asparagus are located in such a way that it can explore a large volume of land, in order to guarantee an adequate habitat. (Falavigna, 1986)

Increased compaction in the soils results in a high concentration of roots in the surface layer (0-10 cm) and in less deep rooting. As for the growth of the roots, it will be characterized by a greater degree of weakening, tortuous growth, distorted epidermal cells and radially

elongated cortex cells (LIPIEC, 1991). This affects the vegetative growth and at the same time the yield or quality of the crops. 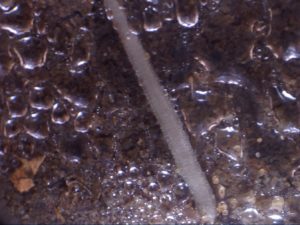 In soils that contain high levels of sodium, sodium displaces calcium and magnesium that are adsorbed on the surface of clay particles in the soil. As a result, the aggregation of soil particles is reduced, and the soil tends to disperse. When wet, a sodic soil tends to seal, its permeability is drastically reduced and, therefore, the water infiltration capacity is also reduced. When dry, soda soil becomes hard and lumpy. This can result in damage to the roots.

PHYSIOLOGICAL CONDITIONING OF THE ROOT

In addition to the changes caused by the branching and extension of the root, its metabolic activity modifies the edaphic environment in different ways; For example, the rate of absorption of water and ions creates the play of chemical forces that change the flow of ions in the soil through mass flow or diffusion; Likewise, the exudation of ions, metabolites or proteins induces changes in the chemical properties of the rhizospheric soil solution, altering the buffer capacity of the soil, solubilizing fixed or precipitated nutrients and promoting the association with beneficial microorganisms such as rhizobacteria and mycorrhizae (TESTER AND LEIGH, 2001).

(Sánchez et al., 1998), points out that the behavior of the asparagus crop presents significant differences between the different latitudes, due to the marked climatic seasonality in the northern hemisphere, where conditions of a single sprouting occur. However, for conditions of active growth throughout the year, as is the case in Peru, there is an additive accumulation of carbohydrates in the maturation of each generation of shoots, because each shoot is considered a small life cycle. 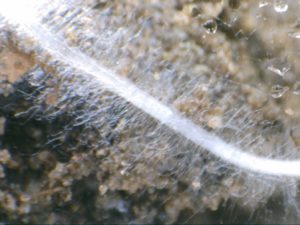 In this crop, the increase in yield is influenced by the size of the perennial portion of the plants, commonly called “spider” or “crown”, which produces year after year a greater number of buds that give rise to large shoots. commercial and not by an increase in the diameter of the buds themselves, since the thickness of the shoots is a character that is defined in the first productive year for the entire useful life of the asparagus (Cointry et al., 2000). This last aspect indicates the importance of studying in depth the incidence of the size of the starting organ on the yield, both in volume and in the distribution of production sizes.

Asparagus reaches maximum production at 4 or 5 years, depending on the size of the “crowns” at the time of planting (Asprelli et al., 2005). For this reason, regulating the size of the starting organ, “spider” or “crown”, for proper planting, is a practice that is gaining strength, with the advent of new hybrids and different demands from the destination countries of the plant. production. Many experiences have shown that producing out of season brings numerous physiological damages to plants, in particular to the “crowns”, so that the countries of the northern hemisphere depend for their supply, on the imports they make from the southern hemisphere ( Castagnino et al., 2006)

Taking into account that the field is in the ripening stage, the crown evaluations per linear meter are carried out periodically (once a week) in these evaluations the following parameters are measured: Brix degrees, number of bunches, differentiated buds, and buds totals; when the brix degree curve is above 20, the number of bunches is between 25 to 30; the ripe buds exceed 25 or 30 units and the total buds are 200 units, we are ready to start the aging period (Riojas, 2019).

It must be taken into account that these parameters obtained during the evaluation are referential since in many occasions good readings can be obtained, however, there is not a sufficient amount of reserves in the roots, which will reflect a low production and low calibers during the harvest; Much depends on the good management carried out during the maintenance or growth stage of the crop, such as irrigation, fertilization, climate, pest and disease management (Riojas, 2019).

There are different recommendations to finish or stop harvesting, however the following parameters must be taken into consideration: Brix degrees that must be at least between 10-12; Between 1 to 1.5 buds per cluster should be left, which will be the future shoots, and the quality of the harvested product as well as the total kilos per hectare (Riojas, 2019). 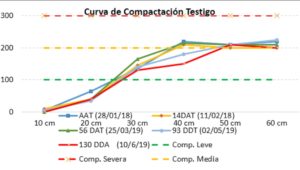 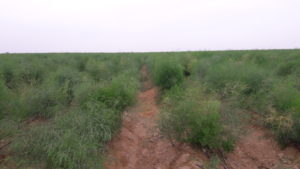 Interpretation of the data 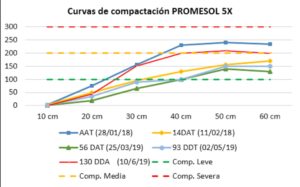 Interpretation of the data

A part of the oligomers from ECCA Carboxy contained in the Promesol Ca + formulation attract soil particles forming aggregates that generate a good macro and micro pore balance, making a spongy soil easy to handle and the other part of the oligomers facilitates the supply of calcium to root cell membranes maintaining their integrity and protecting against stress caused by salinity, acidity, and aluminum and manganese toxicity. 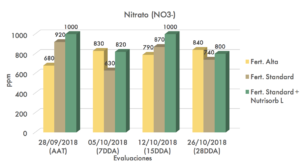 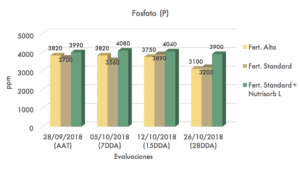 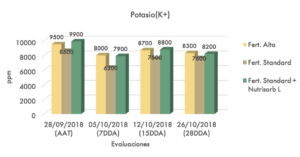 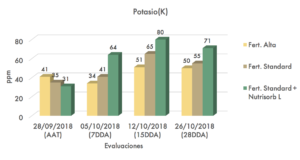 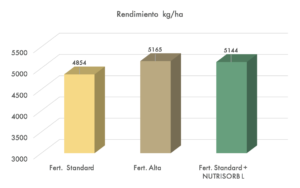 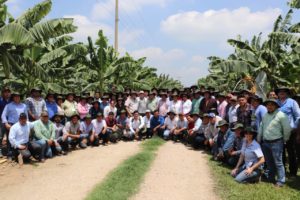 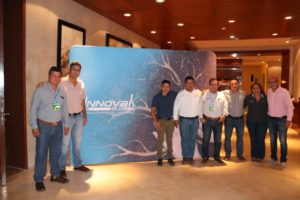 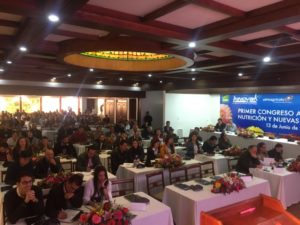 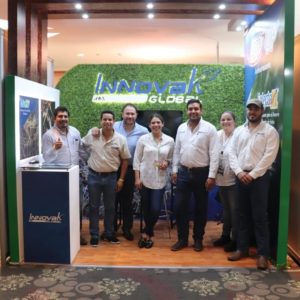 On May 31 we held Berries Field Day, the first Innovak event in the United States in Watsonville, California where attendees accompanied us to a field day at 4 different ranches producing raspberries, blackberries and blueberries where Innovak products are used. Thanks to the producers of the region for joining us!

On June 19 and 20, the II International Banana Congress was held in Villahermosa and Teapa, Tabasco, Mexico with the assistance of banana growers from the Southeast region. The first day was a series of technical talks on banana production, with the participation of Ing. Raúl Rodríguez and Francisco de la Torre from Innovak and Dr. Marco Gutiérrez Soto from the University of Costa Rica. The next day we moved to the Sonona Plantation farm in Teapa for a field trip. Congratulations to the Innovak team for the hard work done!

On June 13, the First Almagrícola: Nutrition and New Technologies Congress was held in Bogotá, Colombia co-organized by Innovak Global with Almagrícola and SQM with speakers from Mexico and Colombia on the subject of flower cultivation. Congratulations to the Innovak team in Colombia for this excellent event!

From July 10 to 12, the 8th International Congress of Applied Plant Nutrition and Physiology™ of Intagri was held at the Hilton Guadalajara hotel, Mexico. Innovak Global participated with a stand where our staff attended to present Innovak products to more than 700 attendees, including farmers and agronomists who seek solutions for their crops. See you next year!